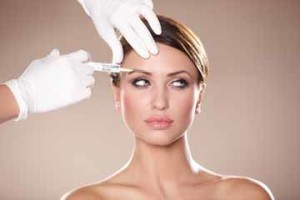 Dr. Brian J. Parker is an experienced plastic surgeon in Las Vegas, providing the latest cosmetic surgery and reconstructive surgery procedures. Dr. Parker completed his residency in general surgery from the University of California Los Angeles (UCLA), and followed it up with specialized training in cosmetic and reconstructive surgery from the University of Wisconsin. Apart from plastic surgery procedures, Dr. Parker also provides non-invasive skin rejuvenation treatments such as Botox.

In Dr. Parker’s experience, non-invasive and minimally invasive procedures are gaining popularity in Las Vegas because the risks that are inherent to a surgical procedure are avoided. Technological advancements have made non-surgical procedures more effective and safer than before. However, in comparison to plastic surgery, the outcomes of non-surgical procedures are less dramatic and usually last for a shorter time period. Botox results can last for anywhere between three and six months for most patients. But the procedure remains one of the most popular cosmetic treatments in the world because it is simple, proven and more affordable than surgery.

Fine lines and wrinkles may appear on the face due to aging, sun exposure, gravity, genetics and other factors. While facelift cosmetic surgery is the most effective answer to reverse the signs of aging from the face, but some patients may not need such extensive treatment. In such cases, Botox is the best available non-surgical solution to reduce the facial lines and wrinkles. Botox was originally approved in 2002 by the FDA for cosmetic treatment of frown lines on the forehead. Finally, in 2013, the treatment has also been approved by the FDA for the treatment of crow’s feet around the eyes.

Botox is produced from botulinum neurotoxin, which is an extremely potent biological substance. When this toxin is injected in highly diluted form in controlled quantities, it can help achieve desired outcomes for various medical and cosmetic conditions. The FDA has approved Botox for the treatment of medical conditions such as eyelid blepharospasm, profuse underarm perspiration and severe headaches and migraines. Cosmetically, Botox can help reduce frown lines and crow’s feet from the face. This can make the face appear less tired and more rejuvenated and youthful.

The FDA approval for Botox to treat lateral canthal lines or crow’s feet came after the successful testing of Botox in an extensive trial conducted by the drug’s manufacturer, Allergan, Inc. The study was performed on a large group of adult participants. The participants were divided into two groups randomly, and one of the groups with 833 adults was provided Botox treatment for crow’s feet. The other group was left untreated so that the results could be compared.

The outcome of the trial showed a considerable reduction in the appearance of crow’s feet in the group that had received the treatment. Dr. Parker advises his patients in Las Vegas that the anti-wrinkle effect of the treatment lasts for about three to six months. It is important for a patient to have realistic expectations from the procedure in order to achieve satisfactory results.

What are Crow’s Feet?

Crow’s feet are the fine lines on the face that originate outwards of the frown lines from the far outside corners of the eyes. These lines may also be reduced with plastic surgery procedures such as forehead lift, but Botox is widely accepted as a safe and effective solution for crow’s feet. Now with the FDA approval, Botox is likely to be recommended for patients who just need a non-surgical solution for reduction of crow’s feet.

Crow’s feet tend to appear more conspicuously when a person is smiling because the act of smiling makes the muscle beneath the skin contract. This causes the skin to fold, and when the action is repeated over a long period of time, the wrinkle or lines can become permanent. The impact of crow’s feet becomes deeper with age because the skin tends to lose its elasticity. Patients may receive cosmetic surgery in Las Vegas or opt for Botox treatment to achieve temporary but effective and clear results without surgery.

The Botox label includes a warning from the FDA that the effects of the toxin may spread to other areas of the body from the site of injection. This may lead to botulism symptoms. However, the FDA also notes in its warning that there has never been a confirmed major case of such an adverse event when Botox is administered in recommended doses. It may be interpreted from the FDA warning that Botox treatment should be received only from a qualified plastic surgeon or a certified Botox provider with experience in providing this treatment.